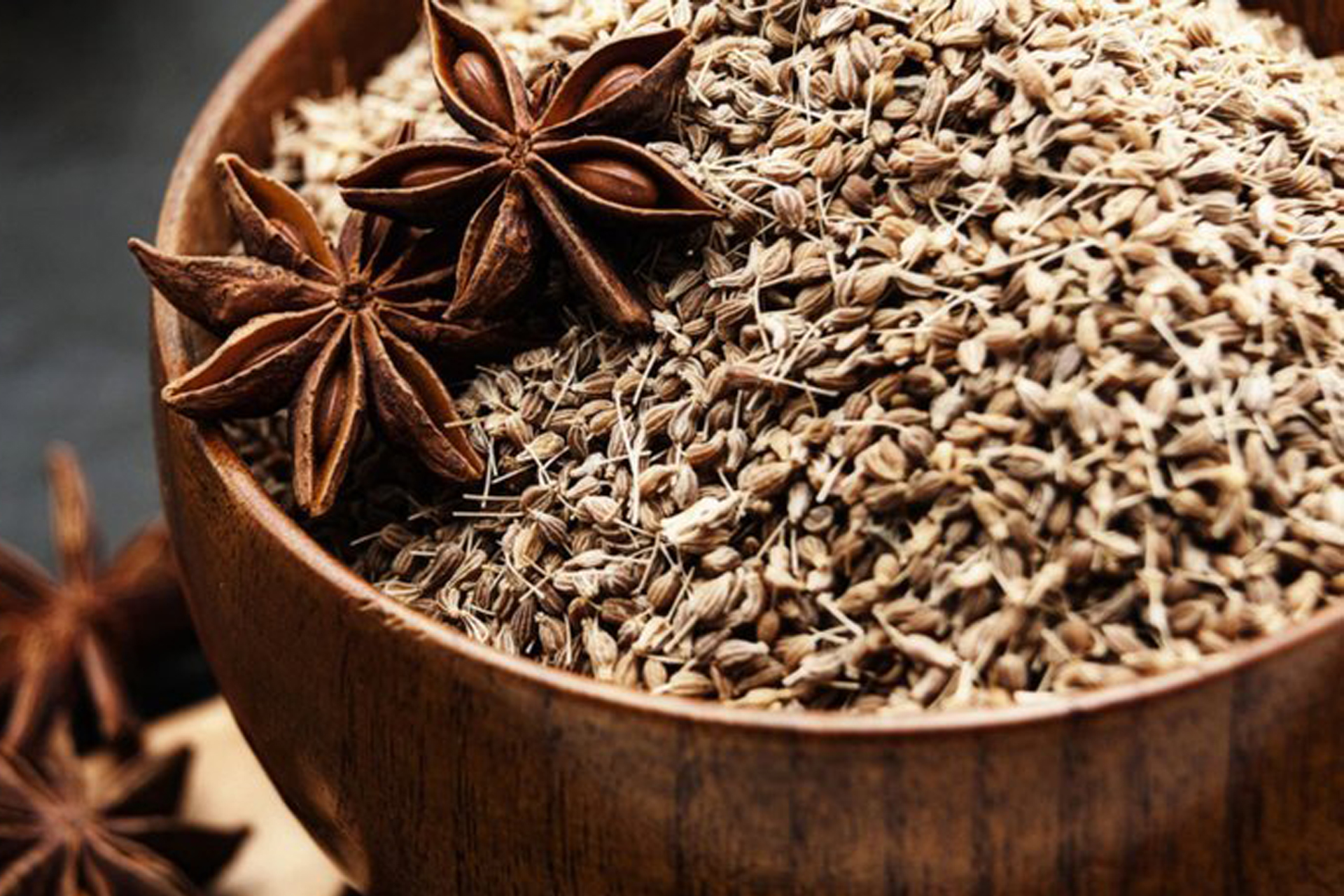 Anise seed, or Pimpinella anisum, is a powerhouse of a spice. You probably know it by its strong licorice flavor. It’s a key ingredient in liquors like orzo and absinthe, and in holiday cookies like Pfefferneusse and Springerle.

Anise’s use in cooking dates back to the ancient Egyptians, though it was the Romans who ate anise seed cakes after meals to ease digestion. Anise is also a traditional digestive aid in India, where people also know it as a breath freshener.

Anise is easy to grow in the garden, where it serves as a natural insecticide. But it’s after harvest when it can really go to work for you nutritionally.

Anise is a folk remedy around the world, used for everything from coughs and colds to stomach problems. Scientists are starting to figure out the chemical processes behind these benefits and identify even more uses for anise.

Anise seed contains relatively high concentrations of iron, which is an essential component of a red blood cell protein called hemoglobin. If the hemoglobin in your blood doesn’t contain enough iron, it can’t do its job of transporting oxygen to your body tissues. Ongoing lack of iron can lead to iron-deficiency anemia, which causes symptoms like:

Eating foods rich in iron, like anise seed, can keep your blood healthy and reduce your risk of iron deficiency anemia.

Several studies have shown that anise seed can reduce the symptoms of clinical depression. In mice, anise relieved symptoms of depression as effectively as two commonly used antidepressants.

About one in every 10 people in the US have peptic ulcers, which are painful breaks or holes in the lining of the stomach or upper small intestine. Traditional medicine practitioners in India and the Arabic world have used anise to protect against ulcers for generations.

Western researchers have also found that anise can reduce stomach acid in rats and protect the stomach lining against damage. But we need more research to understand how well anise works in human stomachs.

Although it’s a natural part of the aging process in women, menopause can cause uncomfortable symptoms including hot flashes. Early research shows that anise can reduce the frequency and severity of hot flashes, possibly by mimicking the effects of estrogen in the body.

Further research still needs to happen to confirm this process and determine if anise can relieve other symptoms of menopause.